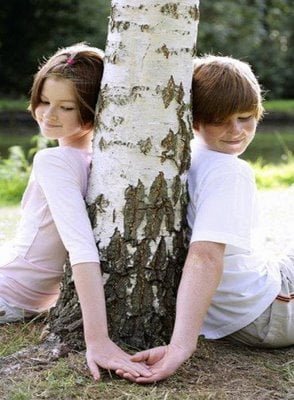 India was one of the first few State parties to sign as well as ratify the United Nations Convention on the Rights of the Child, 1989 (UNCRC).  Article 19 of the Convention requires the State to take “all appropriate legislative, administrative, social and educational measures to protect the child from all forms of physical or mental violence…including sexual abuse”. The right of children to be protected against sexual abuse is further elucidated under Article 34 of the UNCRC.

In furtherance of the State responsibility under the UNCRC, The Protection of Children from Sexual Offences Act (POCSO Act) was enacted in the year 2012. It is a gender-neutral legislature which has widened the definition of sexual abuse of children. It defines ‘child’ as any person below the age of 18 years.[1] In harmony with the new law, the Indian Penal Code, 1860 was amended in 2013 to raise the age of consent for sexual relations from 16 to 18 years for everyone.

Studies have shown that adolescents do indulge in sexual activities and sexual intercourse more often than this law imagines.[2] The law creates a lot of trouble for teenagers involved in romantic relationships. It penalises any and every kind of sexual activity involving a teenager, even consensual acts.

The NCRB data shows that POCSO victims between 12 to 16 years and 16 to 18 years were found to be 6,674 and 8,266 respectively in 2017, whereas the victims up to twelve years of age add up to 2,700 only.[3] The numbers, thus, are indicative of the fact that the law might ever so often be invoked against teenage couples caught engaging in sexual activity and needs to be looked into.

Too Paternalistic Approach by State:

When the law automatically treats any kind of sexual activity by a person under the age of 18 as sexual abuse, the State is adopting too paternalistic of an approach. While it is important to identify genuine cases of sexual assault and abuse, at the same time, the State cannot forbid adolescents from indulging in private, consensual sexual activity.

Teenage sexuality cannot be considered as ‘alien’ or ‘unnatural’. This would imply that the State claims to own the body of everyone until the age of 18 years.

It is a well-established fact that the right to have bodily autonomy is preserved under Article 21 of the Constitution of India. In the case of K.S. Puttaswamy v Union of India[4], the Supreme Court observed that right to privacy protected the freedom to take intimate decisions regarding personhood and autonomy, decisions that brooked minimum interference from the State.

Thus, with legislations like the POCSO Act that indiscriminately and sweepingly criminalise all kinds of sexual activities of teenagers, their right to have bodily autonomy is violated. The agency to make decisions regarding their sexuality is unrequitedly shifted to the State.

Misuse by Parents in cases of non-approved relationships:

POCSO Act requires anyone having knowledge of sexual abuse to report it to the appropriate authorities. Add to this, that all sexual activity amongst teenagers is considered as sexual abuse. Studies show that POCSO cases are invariably registered in case of teenage pregnancies reported by hospitals.[5]

Usually, POCSO is invoked by the parents against a romantic relationship between their daughters and men who are either minor themselves or young adults. Even in cases where couples elope voluntarily, the Police is quick to register cases under the POCSO Act these days. Earlier, it only used to be a case filed for kidnapping under IPC.

Dilution of Real Purpose of the Act:

POCSO Act was enacted with the noble intention of bringing swift justice to child victims from sexual abuse by providing deterring punishment to perpetrators. It requires cases to be decided within one year. However, to date, 1.66 lakh cases of child sexual abuse and rape are pending in various trial courts all over the country.[6]

Where cases are registered under POCSO for consensual relations between two adolescents, the real purpose of the Act gets diluted. Frivolous complaints in ‘romance cases’ add to the burden of the courts. Not only do they spike up the rate of pendency, but they also result in low conviction rates under POCSO Act. Thus, they hamper real victims of child sexual abuse from getting adequate judicial assistance in time.

The parens patriae approach adopted by the State has not proved to be very effective so far. POCSO Act has the effect of penalising teens for exploring and expressing their sexuality. The need of the day is to have a new criterion regarding sexuality amongst teenage relationships after a reasonable age. The age criteria must be looked at again. Blanket criminalisation of all sexual activity is not just condescending upon the individuality of children, it can also prove to be massively destructive for young adults convicted under the Act.

The rights under UNCRC are mutually interdependent. The State cannot take away one in lieu of guaranteeing another. The suppression of sexuality has multiple repercussions on the overall physical and mental health of the teens. While the POCSO Act is extremely important legislation that addresses a very sensitive and real problem faced by many unfortunate children in India, its rampant misuse cannot be ignored either. Balancing the two extremes of the spectrum is urgently required.

https://timesofindia.indiatimes.com/city/delhi/Consensual-sex-with-minor-not-a-crime-Delhi-court-says/articleshow/22056783.cms
This particular case has not been challenged or overruled.

High Courts of various other Southern states have given such judgements too. That’s a very pertinent observation. However, cases under POCSO Act are still being registered in ‘romantic cases’.