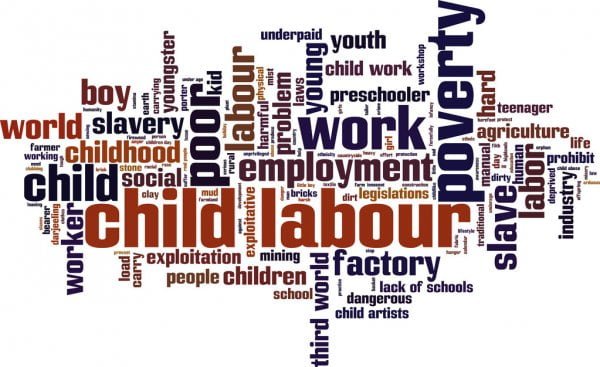 Since the last 100 years, the International Labour Organisation (“ILO”) has worked to curb the menace of child labour. India was one of the founding members of ILO. As such, India has even ratified 6 out of the 8 Fundamental Conventions of ILO, including Convention Number 138 and 182, which further the cause of the abolition of child labour.

Yet, India is the home to largest number of child labourers in the world according to UNICEF. 10.1 million children are engaged in labour as of date.[2] According to NSSO’s report, approximately 5 lakh children between the ages of 5-14 years were engaged in child labour in major Indian states.

Art 24 of the Constitution of India disallows children under the age of 14 from working in factories, mines or any hazardous employment. The Union is mandated to enact laws for regulating labour under Schedule 7, List I, Item 55 of the Constitution. Supreme Court has given clear instructions in MC Mehta v. State of Tamil Nadu[1] to eliminate child labour.

Child Labour or not? – A Definitional Problem:

“work that deprives children of their childhood, their potential and their dignity, and that is harmful to physical and mental development. It refers to work that is mentally, physically, socially or morally dangerous and harmful to children; and/or interferes with a child’s ability to attend and participate in school fully by obliging them to leave school prematurely; or requiring them to attempt to combine school attendance with excessively long and heavy work.”[3]

Thus, child labour is an increasingly complex phenomenon with difficult connotations to its definition – with deep-rooted ties to socio-economic conditions that play an important role in allowing it to flourish.

In a country of a billion with more than half struggling economically, a child becomes a means to augment one’s family to add to their financial health. The socio-economic conditions, along with weak laws and lack of enforcement make the problem a more complex one than it usually appears.

The catch with the CLPR Act of 1986 was that it did not cover the employment of children by family members. Therefore, it was amended in 2017 and Child Labour (Prohibition and Regulation) Amendment Rules, 2017 were formulated to take care of the regulation of family work in a loosely framed institution of checks and monitoring procedure.

The Amendment did more harm than good. Ironically, it drastically reduced the list of ‘hazardous’ works. Additionally, it allowed the government to have the power to further abrogate the list of the works to be considered ‘hazardous’ for children.

Besides, an exception has been carved out to pertinently allow children to work in ‘family and family institutions’. The law, in effect, institutionally enables child labour to take place.

Some loosely framed rules have been incorporated in the new legislation about the time limit permissible for a child to work. The million-dollar question that remains in front of us is how, in effect, do we make sure that these idealistic timelines set up for the benefit of children are implemented. Who stands on the head of each child ensuring that no child works for more than 3 hours at a stretch?

About 81% of the Indian working class works in the unorganized sector. As such, even though attempts to curb child labour have been successful in urban areas, a lot of children remain employed in agriculture, small shops, as hawkers, peddlers etc. Even after century-long efforts by ILO and almost three decades of CRC being in place, India hasn’t been able to tame the monster of child labour.

With regard to child labour in India, Justice Subba Rao, the former Chief Justice of India, rightly remarked, “Social justice must start with the child. Unless a soft plant is properly sustained, it has a pocket chance of multiply into a strong and useful tree. So, the first preference in the plate of justice should be stated to the well-being of children.”

Despite the law seeing a recent amendment, there still exist tremendous lacunae’s in the law, with several important distinctions yet to be touched. Lastly, the main cause due to which so many children are still working as daily-wage labourers are due to low income and various socio-economic conditions.

Out of these, the primary causes include poverty, illiteracy, ignorance and blatant denial of the issues that cause child labour – all working in cohesion to aggravate the problem of child labour.

The legislature has been making half-hearted attempts to try to regulate child labour, but shies away from taking full responsibility of eradicating it from the roots. An attacking approach must be adopted by the lawmakers to save our children, now more than ever.