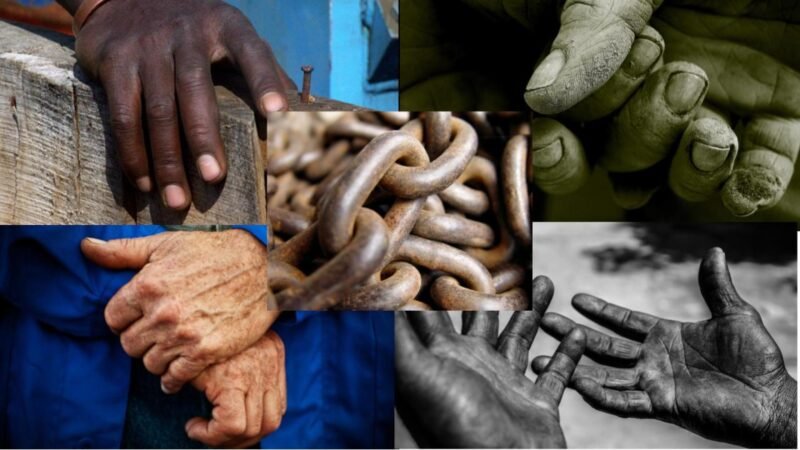 The Constitution of India was formulated keeping in mind the actions of two elements of the country – namely, citizens, and the state. Along with the directive principles directing the states on their actions, the Indian constitution further provides certain rights to the citizens of India. These are termed “Fundamental Rights”.

Part III specifically deals with fundamental rights. It provides numerous rights; one such category is the “Rights against Exploitation”. This article aims to analyze the provisions relating to the rights against exploitation and examine its constitutional validity. Also, it gives a detailed overview of all the rights available to the people of India against all sorts of exploiting behaviors by the constitution.

Right against Exploitation in the Constitution:

Article 23 and Article 24 strictly provide provisions relating to the rights against exploitation: –

Article 23 of the Constitution of India [1]–

This article prohibits trafficking in human beings and forced labor:

Article 23 of the Indian Constitution prohibits human trafficking and forced labour in any form. “Human Trafficking” is an act of buying and selling human beings for any kind of forced labor such as forced prostitution or sexual slavery. On the other hand, begar refers to the act of forcing a person to do manual work without providing any kind of monetary remuneration in return.

So, Article 23 plays a very important role and holds a wide scope. Further, it makes sure that no one is forced to do any act or work against his/her will. The landmark case of Peoples Union for Democratic Rights v. Union of India [4] highlights the violation of labour laws. In the case of Sanjit Roy V. State of Rajasthan [5], the employees were not paid minimum wages for their works. Further, the case of Deena V. Union of India [6] states that if a prisoner is forced to do any sort of labour without giving him proper remuneration, it is violative of Article 23 [7].

Article 24 of the Constitution of India [2]–

This provision talks about child labour. It prohibits employing children below the age of fourteen years in any hazardous works such as factories or mines. Every child has the right to enjoy a normal childhood and snatching this right away from them certainly affects their physical and mental growth negatively. Article 39 of the Indian Constitution also backs this provision. Further, it imposes a duty on the state to make sure that no child is abused in any manner and is not forced to take up work to fulfil his economic necessities.

Additionally, this provision also says that the employment of children should strictly not take place in an unhealthy condition which can hamper the health of the children. The landmark case of M.C. Mehta V. State of Tamil Nadu [8], noted that the offender, along with Article 24, violated the Child Labor (Prohibition and Regulation) Act, 1986 [9].

Freedom of a person and his dignity is the key to his exclusive rights. Indian Laws strictly prohibit all such acts which harm the freedom and dignity of a person, for instance, slavery. However, certain people view themselves as superior to others. This results in forced labour, which forces a person to work for cheap rates against their will. Human trafficking has trapped millions of women and children.[3].

As stated earlier, Articles 23 and 24 of the constitution of India provide rights against exploitation which functions to protect human dignity from any kind of exploitation.

It is a shame that despite taking various measures and enforcing legislation by the governments, the inhumane acts of human exploitation still persist. Since the olden days, the mightier always exploit the weaker. Even today, the exploitation of minorities occurs at the hands of people from higher social classes and castes.

To sum up, forced labour, particularly child labour, is one of the most inhumane and cruel acts. It not only affects the welfare of the children but also the nation as a whole. One of the surveys states that India still has a total number of 30 million active child labourers [10]. Thus, the three organs, namely the legislative, executive, and the judiciary should attempt to formulate stricter laws in the country to eradicate this callous act of humans and punish the offenders.

[7] Article 23 in Constitution of India and Rights against Exploitation, GK TODAY, (May 11th, 2021, 4:19 PM) URL: https://www.gktoday.in/gk/article-23-24-of-constitution-of-india-and-rights-against-exploitation/

[10] Times of India, World Day against Child Labour 2020: Some facts of Child Labour that will leave you shocked (Jun 12, 2020, 11:30 IST), https://timesofindia.indiatimes.com/life-style/parenting/moments/world-day-against-child-labour-2020-some-facts-about-child-labour-that-will-leave-you-shocked/articleshow/76334853.cms