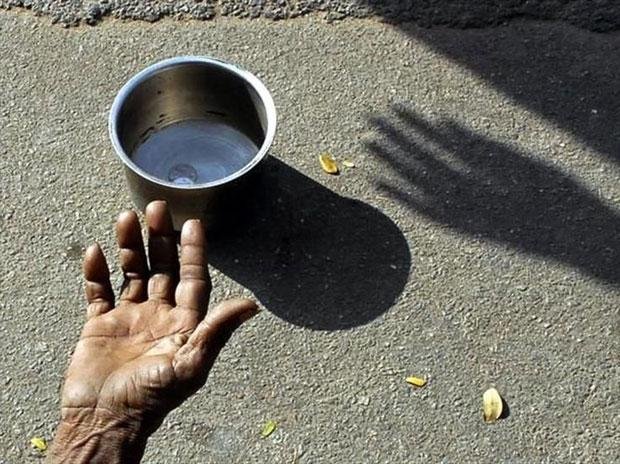 Begging violates human rights at many different levels. Many beggars are trapped into the system by the use of force, fraud, or physical or intellectual inability to do anything less. All of us have read the story of Baba Bharti and Khadak Singh. Even after being robbed of his beloved horse fraudulently, the saint found unfaltering compassion for the ailing and needy beggars in his heart. He only said, “Don’t narrate this incident to anyone else or otherwise no one would help a poor and ill person.”[1]

The reason why the above-mentioned story is significant in the present times is that begging has taken the shape of a profession led by fraudsters. There are beggars, who in the guise of their poor attire try to showcase their destitution, while in reality, they carry much more wealth than one could imagine.

There are numerous incidents that tell us about various beggars having enormous wealth, all of which is accumulated by begging. When the common man gets to know about these incidents it becomes difficult for him to believe a genuinely underprivileged person.

Lately, begging has also emerged as the garb for committing various criminal activities – from the abduction of children to funding terrorist organizations. The act of begging is, therefore, treated as a punishable crime under various State legislations. The author through this article tries to expound the various facets of the new “industry” of begging.

“Begging for me is a full-time career option like any other job. On a good night, I take home Rs 1,500. You see, TV actors, film stars and other well-heeled Mumbaikars frequent the joints where I beg. So the taking is usually good.“[2]

This is what Massu, a beggar from Mumbai has to about his reasons for begging.

Another beggar named Bhagat who begs near Chhatrapati Shivaji Terminus, Mumbai says that “I just don’t have the knack for business. Begging fetches me a steady income. I have been able to set up my father and brother in business and have purchased two flats where my entire joint family stays. So why give up this ‘profession’?“[3]

This is the tip of the iceberg, presenting merely two cases from one metro city in the country. The list goes on.

A plausible counter-argument to this could be that these beggars are only some exceptions while there are various other beggars who are really poor and need our help and support. So if we agree to these exceptions then what will happen to those needy and poor beggars? Who will help them? A simple answer to these questions is that the author is not criticizing begging in itself.

The author is criticizing the way in which begging has taken the shape of a “profession”. The narrative that is sent out through these exceptions is that begging has now become a profession. This prohibits the common man from believing the beggars who actually need help and causes more agony and pain to the needy.

Most of the people have encountered this, and if not, then try doing this. Go to a beggar who is asking for money from the pedestrians saying that he has not eaten for days. Give him a packet of biscuits or any other edible item. There are high chances that the beggar will deny the food item and instead ask for money. Even if he accepts the food items he would keep it amidst his belongings and would again start begging.

The pertinent question that arises is – why do they do this? Or why do they prefer money over edible items? The answer to this is that money could be used in various ways. It can be used to build an empire. Moreover, they can use this money to buy cheap narcotics and can indulge in drug abuse or other bad practices.

Most of the beggars in our country are found near religious places such as temples, mosques, churches, gurudwaras etc. Have you ever thought why do they accumulate there only and not near shopping malls or movie theatres where well-to-do people frequently go?

This is primarily because people would more readily pay to the beggars because of subconscious reinforcement of moral and religious dictates. People would donate more when they are near temples in order to do some good deed and earn “Punya”. Because of this religious piousness and moral behaviour of the common people, the majority of the beggars can be found near temples, begging is an easy task near these places.

Another subtle reason is that the owners of big multiplexes and shopping malls won’t allow beggars to beg in the vicinity of such places.

There are two specific problems that are to be encountered. The first problem is to demystify the narrative of exceptions from becoming a reality; second is the issue of begging itself. The author provides a two-fold solution to these problems.

For the former one, we all should avoid giving cash to the beggars. If they will not get the cash, they won’t be able to amass loads of wealth that are unaccounted for, and the wrong narrative can be stopped. This would also curb down the issue of drug abuse and other malpractices.

For the latter part, the beggars should be provided with jobs according to their capabilities. This can include cleaning of roads, maintenance of public places etc. C.H. Spurgeon has very correctly and succinctly said that “Idleness is the key to beggary.” By providing jobs to these beggars, this idleness can be removed.

Further, the Ministry of Social Justice and Empowerment, Government of India is also planning rehabilitation programs for the welfare of the beggars. Model legislation related to destitution is also in its drafting phase.[5] This should see the light of the day soon.

It is the need of the hour to work together to curb this problem. Common people, NGOs, Government and all other stakeholders should come together and work hand in hand to ensure that people can find purpose in their life and achieve their full potential rather than sustaining an animalistic existence.

[5] About the Division, Ministry of Social Justice and Empowerment, http://socialjustice.nic.in/UserView/index?mid=47564

0
Substance Abuse Among Teenagers, and Academics – Are they Related?Limited Acceptance of Optional Protocol 3 to UNCRC by States