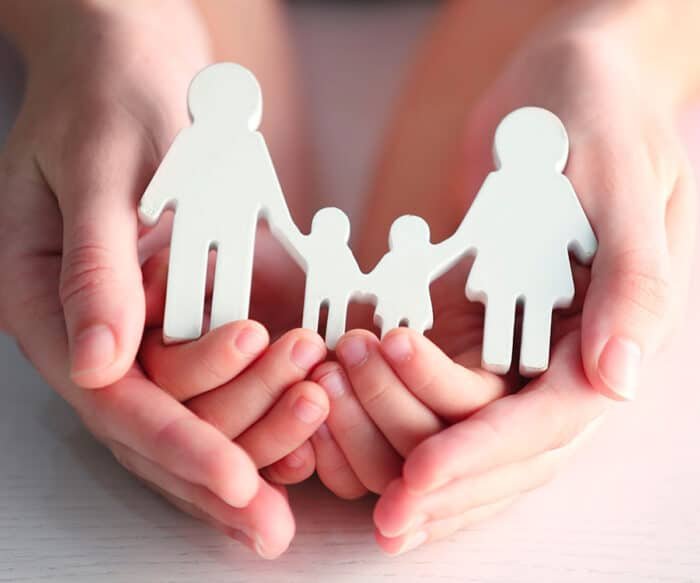 A family may be defined as any basic unit of society consisting of father, mother and children. The relation between family members is, in general, biological but at the same time affinity also plays a significant role formation of the family. Adoption has become a means of having a complete family for those who cannot get it naturally. However, it also faces a problem in its lawful implementation. With this article, an attempt has been made to identify the positive and the negative facets of adoption on a nation.

Provides Identity to Children and Parents:

It has rightly been said that “They may not have my eyes, they may not have my smiles, but they have all my heart.” It is the legal procedure of permanently placing a child with a parent other than the biological parent. In this process, the parental right of a biological parent gets terminated and the adoptive parent assumes the full legal responsibility of the child.

Adoption is not only about providing a parental roof to an orphan child, but it also provides a child to heirless couples. The other reason for adoption by any couple could be an emotional attachment with a child. The feeling and responsibility of being a parent is very delighting to some people.

Adoption leaves a remarkable impact upon the person who adopts any child. The couple or individual going for adoption have to undertake official paperwork to safeguard the rights of the child. Adoption also plays a significant role in the development of a country in different ways. Its impact upon any nation may have a contributory role in preserving humanity. It helps in preventing the exploitation of orphans. Some of these are discussed in the following sections.

Studies show that India is home to 20 million orphans which are about 4% of the total child population.[2] Adoption of an orphan child rather than giving birth to a new one plays a vital role in placing a check on the growing population. If more and more couples adopt orphan or abandoned children, it will not only control the population but also help in providing shelter to the underprivileged children.

Out of total human trafficking, approximately 20% of total contributes to child trafficking, which is believed to be a multi-billion dollar industry.[3]The FBI, in their report, has said that children who do not have a family are an easier target for predators than children who are safely placed in a loving home.[4] Street children, homeless and orphaned children, if given into adoption, would find a new home that could potentially keep them safe and curb the criminal activities against children.

Lessens the need for Begging:

Begging is another heartbreaking problem which has clenched the entire country under its grip. Children who do not have elders to look after them are often forced to resort to begging near public places. Reports show that begging is also a billion-dollar industry in which children are kidnapped, maimed and forced to beg.[5] Thus, if these orphan or parentless child will become a part of the family, then they will not need to do such work to feed them.

Adoption as a channel for crimes:

Though adoption can be is a great thing but it also has some negative side. Criminals try to misuse the process of adoption for their illegal works. The negative impact of adoption includes selling or buying of any children under the garb of adoption.

Criminals use adoption to get custody of children for their benefit. There are many cases in which children have been rescued from illegal adoption. A 4-year-old baby girl was rescued by police, who was sold to a couple in Vishakhapatnam under the name of adoption[6].

Similarly, in another case, 54 children were rescued in Andhra Pradesh from an orphanage which was managed by the wife of Additional Director General of Police. Enquiry shows that all the 54 children were illegally adopted by that orphanage.[7]

Adoption helps in securing the future of a child and a couple. It is also effective in controlling the population, preventing instances of child exploitation, and its implication on a broader level will help to check the offence of child trafficking too. However, the misuse of the noble act of adoption for illegal work needs to be controlled.

The government and international organizations should come together and ensure that proper love and care are being provided to the adopted child. Strict laws should be made to ensure the safety of adopted child and parent and to protect them from any kind of deception. After all, every child has the right to have a loving family and live in a nurturing environment.

[4] Daniel Nehrbass, A misconception that adoption will cause trafficking has the government doubting the benefits of adoption,  PREVENT TRAFFICKING: ADOPT, adopyion.com, https://adoption.com/prevent-trafficking-adopt

0
UNICEF’s Role in Protecting Civilians during Armed ConflictSubstance Abuse Among Teenagers, and Academics – Are they Related?