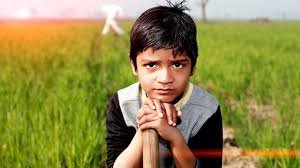 Rights against Exploitation are enshrined under Article 23 and Article 24 of the Constitution of India. In simple words, one can define exploitation as treating someone unfairly and getting benefit from their work or using someone or his/her resources for one’s benefit. Additionally, child exploitation refers to the use of children for unjust benefit.

There are various examples of child exploitation like child labour, child prostitution, child pornography, etc. This article particularly discusses the menace of child labour and sheds light on the constitutional loopholes that prevent effective implementation of legislation.

Article 24 states that “No child below the age of 14 years shall be employed with work in any factory or mine or engaged in any other hazardous employment.” However, what is noteworthy is that the provision allows the employment of children in non-hazardous work.

The Legislature passed many laws in pursuance of Article 24 in India like:-

The Child Labour (Protection and Regulation) Amendment Act 2016 seems progressive at a first glance. It prohibits the working of children in hazardous occupations. However, it possesses certain drawbacks.

Firstly, it slashed 83 hazardous occupations to just explosives, mining, and occupations mentioned in the Factory Act. These can be removed under Section 4.

Secondly, Section 3 (5) allows child labor in family or family enterprises. This clause does not define the hours of work. It also states that a child can work after school hours in non-hazardous factories.

Thirdly, the Right of Children to Free and Compulsory Education (passed in 2009) became ineffective due to the Child Labour (Protection and Regulation) Amendment Act 2016.

Certain loopholes in the constitutional provisions and enabling acts exist. Hence, an immediate resolution of the issues is the need of the hour.

Child Labour is an unfortunate issue for our society. Despite the Acts and Articles, child labour and exploitation still exist. As a consequence of exploitation, a child faces devastating setbacks for his/her entire life. It often also results in emotional problems, mental disturbances, cognitive impairments, and long-term problems. A democratic society providing civil liberties to all the citizens should rise against such social evils. However faint the voice may be, every voice matters.

0
Exploitation in Constitution: Article 23 and 24

Bail for Juveniles – Keeping children out of custody

Bail for Juveniles – Keeping children out of custody