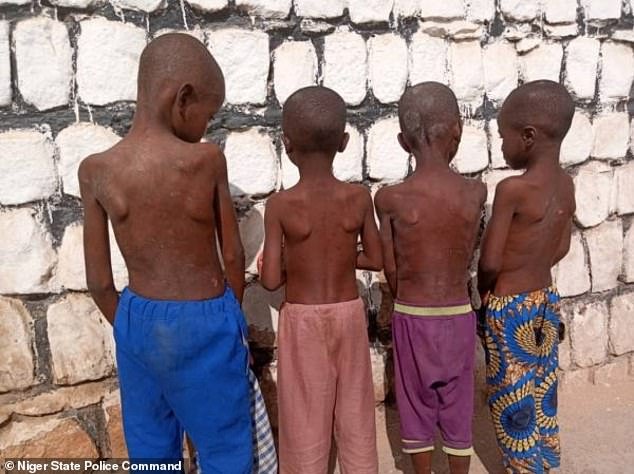 Torture of children has been a significant issue for ages. Since many years, children are being grievously hurt, sexually assaulted, tied up, and tortured to extreme measures in many parts of the world. Laws and the governments had consistently shown negligence towards such inhumane behaviour globally. So, in order to curb such offenses as discrimination, torture, inhumane treatment, and sexual assaults on children, the United Nations formulated the Convention on the Rights of the Child (UNCRC).

In this article, the author firstly discusses the scope of the term torture, as envisaged under international law with special emphasis on child victims. Secondly, the author also explores motivations or reasons behind committing torture upon children and situations aggravating the vulnerability. Lastly, she critically reviews prohibition of child torture.

Article 37(a) of the UNCRC provides that “No child shall be subjected to torture or other cruel, inhuman or degrading treatment or punishment.”[1]

The Anti-Torture Convention (CAT) states that torture is the cause of infliction of immense pain whether endured physically or mentally to pressurize someone for acquiring information or confession, brutal beating offered as punishment for crimes committed or presumed to be committed, or to terrorize or constrain them[2].

According to Black’s Law Dictionary[3], torture is defined as the imposition of vigorous suffering to the mind and the body as punishment, extorting information or satisfying the barbarous thrill.

To summarize, both definitions of the word torture require the essential element of severe pain or suffering in order to achieve a specific purpose – whether it is to collect information or solely for depraved sense of pleasure.

‘Torture’ and ‘Children’ are two words that shouldn’t intertwine with each other. However, unfortunately this happens ever so often. In view of the author, one of the reasons behind child torture is that aggressors consider child as an inferior being – property of their parents, relative, or some superior being. Therefore, they mindlessly torture the children under their authority and control.

On the other hand, in circumstances of hostility, public officials torture and humiliate children to obtain information. Additionally, they may be forced to act as witnesses or victims of crime scenes. The Commission of National Truth and Reconciliation, Chile has been working on such documentaries where one of the cases recorded the death of a politically active 17-year-old. This child died due to electric shock, hours after authorities kept him in detention.[4]

Therefore, there can be multiple reasons as to why child torture exists but no particular speculations have been confirmed yet.

Deprivation of Liberty – An aggravating factor:

A child should not be deprived of his liberty. In other words, this should be the last resort. For a perpetrator, the possibility to abuse and torture a child increases in such situations. It happens very often in detention centres, for example, in prisons. The lack of trained staff and overcrowded spaces would result in activities (beating up, sexual assault) against children that could degrade the child of its metal and emotional state.

Children’s Rehabilitation Institute vs. Paraguay[5] is an Inter-American case that covers the events of fellow mates below the age of 18. It depicts the inhumane conditions the children survived in, such as – unhygienic living space, poor food quality, and lack of medical treatments. Further, violence was a method to discipline the detained. As a consequence, three of the inmates caused fires, killing nine other inmates in total.

The customary international law accepts the prohibition of torture in all circumstances. In effect, it acts as a necessary means to ensure the safety of children. This custom also binds states that have not signed any of the treaties prohibiting torture. Children are one of the most vulnerable groups. This is because they cannot completely understand the gravity of offences committed against them.

Despite numerous efforts from NGOs and international bodies, incidents of child torture are not uncommon. Particularly with respect to torture under detention, the Chairman of the National Commission, Jean-Pierre Restellini[6], suggests that –

“A detained juvenile should never be subjected to police questioning concerning his or her offense without the presence of a lawyer and, in theory, a trusted adult person.”

Further, the author thinks that surprise inspection delegations will provide incentive to police to treat the detainees better. It will also encourage them to train the staff properly so that such misfortune may be avoided.

Children are tortured in many egregious forms. Some become victims of the repressive governments. On the other hand, others suffer due to their lack of knowledge and guidance where they indulge in harmful activities. Finally, families of some wrong them for no fault of theirs.

The main concern regarding child torture is the proper representation of the victims. Further, the governments need to ensure social reintegration after recovery from trauma. Additionally, the Convention also focuses on regaining the social and moral dignity of the victims. Jus Cogens have become an authoritative standard for the prohibition and prevention of torture. This is an effective step towards the protection of child rights. The most important solution to prevent child torture, in author’s view, is a strategy for social change that combats the problem of extreme poverty and provides a positive prevention model program.

[4] Report of the Chilean National Commission on Truth and Reconciliation, United States Institute of Peace,  (2002), https://www.usip.org/sites/default/files/resources/collections/truth_commissions/Chile90-Report/Chile90-Report.pdf