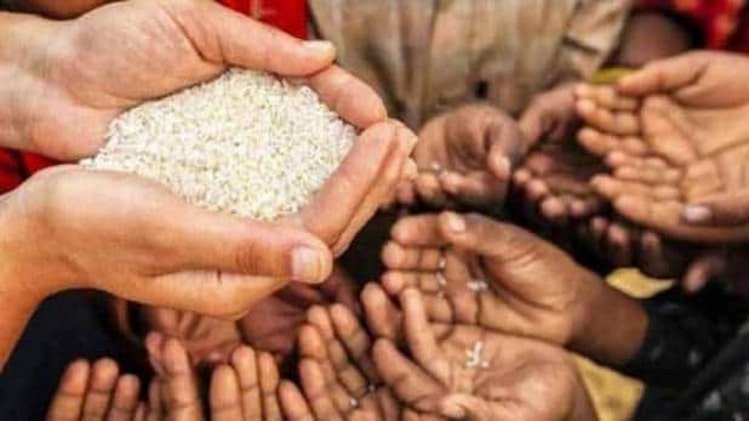 Food is one of the most essential parts of human life for survival. Historically, as humans progressed from hunters to food gatherers, they started asserting ownership over their produce. Later, within kingdoms, providing food became a moral duty of the rulers. However, it was not an enforceable right. Therefore, the only thing that deprived people or citizens could do was unsuccessfully revolt against their rulers.

India has a divine culture with deeply embedded beliefs that food has a religious connection with Lord Brahma. Due to the cultural values of sharing, people came forward for the help of deprived individuals. Further, they gradually became more aware of social issues like malnutrition and starvation. This also lead to the creation of international and national laws, guidelines and frameworks on these issues.

In this article, the author analyses the latest manifestation of the right to food as a fundamental human right. The author also brings the global perspective to the forefront. Further, in the Indian context, the author discusses the nuances of applicability of the National Food Security Act, 2013. Lastly, the author concludes after sharing her recommendations on this issue.

Right to Food under Constitution:

Closer to home, as per Art 39(A) of the Indian Constitution, the government should fulfil the individual and collective needs of the people and enable them to lead a dignified life free from fear.[2] Further, Art 47 [3] places the duty on the State to raise the level of nutrition and standard of living of its people as a primary responsibility.

Right to food and Human Rights:

The High Commissioner for Human Rights stated that the right to food should be taken as a fundamental right.[5] Further, one of the objectives behind enacting the Protection of Human Rights Act, 1993 was to overcome the problem of starvation deaths caused by lack for fair distribution of food grains.

“The Right to Food implies that appropriate nutritional levels and the quantum of relief to those in distress must meet those to ensure that this right is secured and does not remain a theoretical concept.”[6]was said Dr. Amrita Rangasami, Director, Centre for the Study of Administration of Relief. The human rights approach to food and nutrition implies that the beneficiaries of relief measures should be recognized as claim holders.

Lack of food also makes people’s immunity weaker. Due to malnutrition and continued exposure to unsanitary surroundings, people lose their lives to common diseases like diarrahoea and malaria. Therefore, it was important to come up with a legal framework to improve the situation.

The National Food Security Bill came into existence in the year 2011. It is also known as the “Right to Food Bill”. Later on, in 2013, the Parliament passed this bill.

This Act focuses on the security of nearly 70 million Indians from starvation and malnutrition death. Further, it provides for subsistence and nourishment of nearly 67% of the population. It ensures that 50% of the urban population and 75% of the rural population can buy food at subsidy prices.[7] For example, rice, wheat, and coarse grain are distibuted to families below poverty line at very low prices.

Public Distribution System helped the government in materialising this concept. Under this system, the government has opened ration and fair price shops[8].

Shortcomings of the Act:

Despite the theoretical concepts, the National Food Security Act remains highly ineffective. The author believes that the following obstacles lie in the path of the Act:

Food production increased during the Green Revolution, which transformed India from a food importing state to a portion of food exporting state. However, the increased production failed to transfer meaningfully to the people. This aggravated the problem of starvation and a sense of nutritional security was disturbed. People still go hungry due to the high level of poverty and lack of purchasing power amongst poor households.

[6]Dr. Amrita Rangasami, Right of food, CENTRE FOR THE STUDY OF ADMINISTRATION RELIEF, 16.

0
Women’s Rights and COVID-19: A Shadow PandemicMumbai: A Hub for Child Trafficking

Human Rights
12 months ago
306
0
IPR and Right to Health: Debate around Access to Drugs

IPR and Right to Health: Debate around Access to Drugs