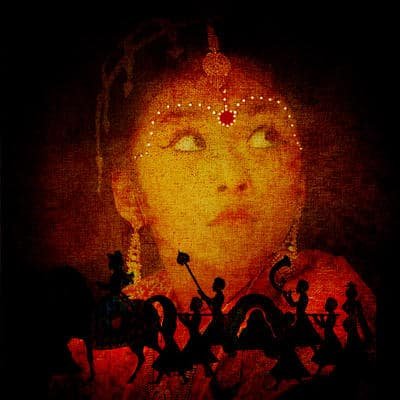 According to UNICEF, India has the highest absolute number of child brides in the world. 15,509,000 is the actual figure according to the report.[i] Isn’t this figure astonishing? Even after being well aware of the serious repercussions of child marriage, they still exist in the present date. The serious health issues such as teenage pregnancy, lack of strong immunity and others make the bride vulnerable to a number of diseases. This poses a threat to the wellbeing of the whole family.

The pertinent question that requires urgent redressal is – Why do child marriages do exist unabated? In this article, the author tries to expound the reasons for existence of child marriage with a special reference to the Khap Panchayats and the role played by them in promoting child marriage.

Khap Panchayats and Their Role:

The Khap consists of villages organized by 5 men into a political council for the purpose of social control. The Khap area is generally inhabited either by a dominant caste that has control over most of its agricultural land, by a single clan or by more than one clan, each with a number of villages and being predominant in those villages.[iii]

Khap Panchayats are self-acclaimed institutions of dispute resolution. The smaller issues are dealt with by the Village Panchayats while the matters of serious nature are determined by Khap Panchayats. They decide on various matters which mainly revolve around marriages which violated the traditional moral code of conduct, especially the concept of village bhaichara (brotherhood), gotra bhaichara (clan brotherhood) or Khap bhaichara (brotherhood of persons belonging to same khap, signifying equality within the Khap) etc. [ii]

“A Khap Panchayat of the Meena community near Rajasthan’s Dausa district has ordered the abduction of Santara Meena, a 25-year-old teacher in a government-run school.”[iv]This order was given by the Khap panchayat against her as she refused to solemnize her marriage. She was a victim of child marriage and 12 years after her marriage she took this decision that she didn’t want to live with her husband who was illiterate and unemployed. The Khap ordered that the woman should be brought in front of them dead or alive.

This is one of the numerous examples of how the menace of child marriage is supported by these institutions. The Khaps are the working body behind forced marriage between children, an adult and a child, or between adults.[v] The victims of forced marriages experience torture, abduction, threaten, mental and are even forced to commit suicide.[vi]

Why does the Khap promote child marriage?:

Behind every action that we take, there lies underlying reasoning. Let’s dwell into the reasons given by the Khap members themselves in support of child marriage.

According to one of the Khap members named Sube Singh, “Boys and girls should be married by the time they turn 16 so that they do not stray… This will decrease the incidents of rape“.[vii] There shall be no minimum age of marriage. Doing this would reduce the number of rape cases that happens with the minors.[viii]

This reasoning is fallacious and dangerous. A simple counter-argument to this could be – what would one do if the rape of the minor takes place after her marriage? Arguably, it can be said that after the marriage, she is more vulnerable to be sexually molested/assaulted by her new family members and there shall be no redressal of it. Even her “husband” would not be able to protect her because he himself would not understand the nature of the act that is being committed on his wife because of his tender age and immaturity.

I have always wondered how these institutions which support such unethical practices exist in our society? What is their source of authority? Who supports them and why do people obey their “orders”? The answer that I found was quite astonishing. It is the “people” only who support these institutions and show more adherence to their dictums than to the law of the land.

They support such institutions because these institutions command respect among the villagers. The villagers have kept following the system for many years and therefore do not want to challenge or question their authority. They generally don’t oppose the decisions of the Khap even if it is against their will. They follow the orders without any question to maintain the “social order”.

Another reason to obey is the deterrent used by these panchayats, such as excommunicating the accused and his family from the caste or group or even from the village acts as a binding force for obeying the orders.

It has been explicitly laid down by the apex court that Khap Panchayats do not have any authority to interfere or direct the life and marriage of any person.[ix] However, this is also true that generally, the lower courts try not to hinder with the panchayat as much as possible.

At times, the Khap gives orders that are completely in contradiction with the court’s order and invites contempt of court proceedings. Still, the “orders” of Khap are followed readily. The amount of loyalty and adherence they get from the common masses is the most crucial issue. In order to remove this weed named “Khap”, the pesticide of awareness is required.

Various international conventions such as The Convention on the Consent to Marriage, Minimum Age for Marriage and Registration of Marriage and others mandate the consenting age for marriage. Moreover, the various repercussions on the mental and physical health of children are another major issue.

The Khap Panchayats are not supposed to intervene in the affairs of marriage, yet they continue to do so with complete autonomy. The courts must now come down upon them heavily and levy deterrent penalties so that their interference in the lives of innocent children may be checked and curbed.

Limited Acceptance of Optional Protocol 3 to UNCRC by States