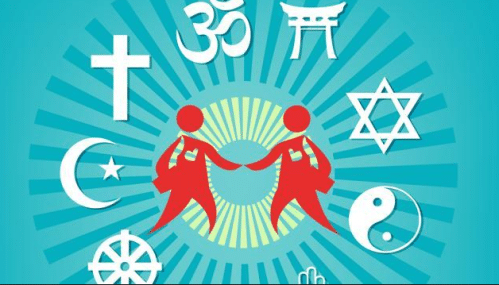 Indian society is far from being characterized as progressive. It still disregards inter-faith marriages, even in the 21st century. One of the main reasons is the future of the offspring as a result of inter-faith marriages. From a legal perspective, the question of the applicability of law arises concerning inter-faith children. Therefore, there is a dilemma regarding various issues with the most prominent one being, inheritance, and succession rights. This article endeavours to provide a deeper analysis of the same.

Under Article 13 of the Constitution of India, 1950, the law includes an enacted law or legislation, subordinate legislation, regulation, or custom [1]. Further, personal laws are those which govern the personal aspects of ordinary life [2]. During the British Rule, when common law was introduced, it was decided that in matters of inheritance, succession, land rent, goods, and all matters of contract, the respective ‘personal’ laws should be applied [3]. So, it was believed that the source of Hindu and Muslim laws were their respective religious texts [4]. For example, in Hinduism, marriage is sacred but in Islam, it is a contract.

Part III of the Constitution [5] validates these pluralistic traditions, safeguards diversity, and thus, protects minority cultures. Since personal laws are born out of the socio-economic circumstances under which the respective religions are born, they naturally include gender differences and unreasonable practices, which have, sometimes, resulted in controversies [6].

The pursuit of gender equality and socio-economic balance in the field of personal laws has certainly been the primary source of friction in society. While grappling with this complexity, Indian courts have adopted various approaches. Initially, courts adopted an approach of non-interference, holding that personal laws are not amenable to the test of Part III of the Constitution and hence cannot be tested against the grain of fundamental rights.

Conversely, in later years, a newer trend has evolved and courts have tested personal laws on the touchstone of Fundamental Rights. The courts have also attempted to reconcile them, by reading them down or interpreting them to render them consistent with fundamental rights, or have struck down the offending provisions as violative of fundamental rights.

The legality of Inter-Faith Marriages:

Since marriage falls under the ambit of personal laws, as a result, personal law governs marriages. According to the Hindu Marriage Act, 1955, marriages between Hindus, Buddhists, Jains, and Sikhs are permitted [7]. Under the Indian Christian Marriage Act, 1972, inter-faith marriages are accepted, provided if one of the partners is a Christian [8]. Under Islamic law, inter-faith marriages are not void but only irregular, which can be corrected by conversion of religion [9].

However, the Special Marriage Act, 1954 [10] provides for the solemnization of marriage of couples belonging to different religions without the provision of conversion. Thus, the difference between those getting married under the personal laws and the Special Marriage Act is a 30-day notice period [11]. Applications are generally approved at the Sub-Divisional Magistrate’s (SDM) office, after which, a note is sent to the couple’s permanent address and posted on a conspicuous place on the SDM’s bulletin board [12]. Furthermore, any Indian is given the authority to object to the marriage [13]. Additionally, marriage under the Act necessitates three witnesses as opposed to two in the case of marriages under personal laws [14].

Family coercion and societal harassment certainly influence inter-faith couples adversely. Further, provisions of the Special Marriage Act propagates such acts. Since such clauses do not exist in personal law marriages, it violates the right to equality. Moreover, it also violates the individuals’ right to privacy since the notice put up on the bulletin board includes the personal details of the couple. Privacy is a constitutionally protected right and the personal choices of an individual fall within its ambit [15]. Consequently, when questioned in the court of law, this requirement was declared to be optional to safeguard the fundamental rights of the citizens [16].

If a Hindu, Sikh, Jain, or Buddhist marries someone who does not belong to either of these religions, he or she will not be able to inherit ancestral property [17]. Instead of the Hindu Succession Act, 1956, the Indian Succession Act, 1925 will apply. Under Hindu laws, there exists the concept of a Hindu Undivided Family. Such a family consists of all members such as fathers, mothers, daughters, sons, etc. who live together [18].

Upon the intestate death, i.e., lack of will of the convert, his children will not be entitled to inherit property from their Hindu relatives, unless they convert to Hinduism before the succession begins. Further, in the case of an inter-faith marriage between a Hindu and a Muslim, the marriage is irregular. However, the Supreme Court of India held that the child born out of wedlock is a legitimate offspring [20]. Consequently, the child would hold the same legal status as a child born in a valid marriage. Hence, this child will have the right to inherit his father’s property.

While the courts have recently begun to take progressive steps to facilitate inter-faith marriages and inheritance rights, there is still a long way to go to ensure that interfaith couples are treated at par with others. The courts need to place special emphasis on the fundamental rights of the individuals. Thus, to sum up, this will lead us one step closer to becoming an inclusive society.

0
Right to Access the Internet in Modern DemocracyIPR and Right to Health: Debate around Access to Drugs

Child Rights
8 months ago
476
0
Mumbai: A Hub for Child Trafficking

Mumbai: A Hub for Child Trafficking