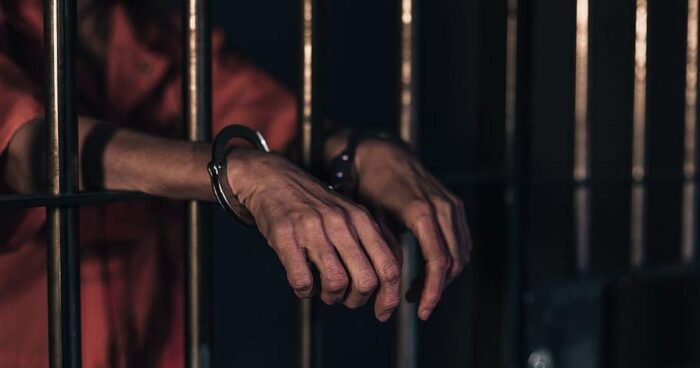 The Criminal Justice System is built upon five pillars – law enforcement, courts, prosecution, defence and correctional institutions. Law enforcement is entrusted to the police. The police are the most visible arm of the State that comes in regular contact with the citizens.

In 1854, a commission by the name of Madras Torture Commission was established by the British Government to understand the methods employed by Indian police to torture the arrestees. 1993 Report by NHRC surprisingly revealed that the same 8 methods of torture as found in 1854 Report were being put to consistent use by the police, even after more than a century.

These methods pass on proudly from generation to generation of police officers, without the repercussions being studied. Although a lot of laws are in place to keep checks on police brutality, the police have evolved methods to flout them.

Custodial deaths are not new to the country. A report in 2019 revealed that five custodial deaths took place in India daily in 2019. 93% of the persons dying in police custody died due to alleged torture or foul play.[1]

As of May 2020, approximately 3400 cases of judicial and police custodial death are pending to be disposed of by the NHRC.[3]

One of the reasons why police brutality continues unabated is the law which established the policing system in India. Indian Police Act of 1861 was enacted in response to the Revolt of 1857. The colonial government realised the need to curb the uprisings of freedom fighters. Under British rule, the role of the police was to protect the rule of British, as against the Rule of Law. It was designed to perpetuate and further the objectives of the colonial rule.

India is now a welfare State. The police, as an agent of the State, is responsible for maintaining public order. The role of the police has been streamlined in the area of protection of person and property of the people by giving it the power to detect and investigate crime and apprehend criminals by making an arrest. However, it is important to mention that the Act of 1861 continues to be in place.

The lack of answerability of the police finds its roots in the judgments of the Apex Court. In earlier jurisprudence established by the courts in India in cases like Vidyawati[4] and Kasturi Lal[5], the police were seen as an extension of State and granted sovereign immunity. The doctrine of sovereign immunity frees the police of all liability towards civilians for anything that is committed in pursuance of a sovereign function, and maintenance of law and order is a ‘sovereign function’.

The police still cannot be punished or prosecuted without the permissions of senior authority by virtue of Sec 197 of Cr.P.C. and Sec 19 of the Anti-Corruption Act. Although the concept of sovereign immunity has been taken down since Rudal Shah’s case[6], this has led to a lack of responsibility-bearing in the system.

Why is this Problematic?

The police are not authorised to employ force by the law. They are not allowed to extract confessions by beating, nor are they allowed to serve swift justice to the accused. The only job of the police is to really assist the State in maintaining public order and assist the court in carrying out investigation in criminal cases. Nothing more, nothing less.

The civilised world places an immense amount of value on human life. Merely because someone has been accused of a crime, howsoever heinous, the human rights of that person do not stand abrogated. Upon arrest, the right to personal liberty of a person is suspended. It puts him in a vulnerable position vis-a-vis the State.

Many international instruments guarantee civil rights to an accused person to protect him against arbitrary action of the State. Being an extension of the State itself, the police system has emerged as one of the most frequent violators of human rights in our country.

The society stands united with the two recent most victims of police brutality. The father-son duo killed in Tamil Nadu did not deserve to die. The CBI has initiated its probe against the officials responsible for the incident. The outrage of people against the police is justified.

However, not very long ago, and not very far away, four people accused of the rape and murder of a veterinary doctor were killed in the wee hours by Hyderabad police in cold-blood. The nation hailed the police officers responsible for the act as heroes.

This poses serious questions about the complicit acquiescence of the public in police brutality. An emotionally charged mob that wants to see “swift justice” in action often loses the sight of rationality. Brutal and fatal violence within the police lock-up, or gunshots fired outside on a crime scene, are both custodial killings as per the law.

The IPC or any other statute does not grant different scope of powers to the police based upon the emotional reaction of the masses against the offence, no matter howsoever grave the offence be. Thus, all kinds of police brutality are required to be seen with the same lens of objectivity by the public.

The police system is the very basis of the criminal justice system in any country. The foundation of a free and fair trial, which is an essential of Rule of Law, is kept by the work of the police force. For a strong and efficient system of retribution and rehabilitation in the society, it is of paramount interest to ensure that the police do not go wrong; that the first step is put in the right direction.

Furthermore, the public needs to realise that when they hail police officers involved in extrajudicial killings as heroes, they are encouraging nothing but police brutality. It strengthens the argument in favour of custodial violence.

At this rate, it will become difficult for us to draw the line when the next victim of police brutality is another Jayaraj or Bennix or you or me. Therefore, nipping police brutality in the bud is the need of the day.

[3] Monthly Salient Statistics Of Cases Registered / Disposed By Nhrc During May 2020, NHRC, https://nhrc.nic.in/complaints/human-right-case-statistics

5
Limited Acceptance of Optional Protocol 3 to UNCRC by StatesShelter Homes for Children: No Refuge from Sexual Assault

India is a signatory but has not ratified United Nations Convention Against Torture. In 2010, a weak Prevention of Torture Bill was passed by the Lok Sabha, and the Rajya Sabha later sent it to a Select Committee for review in alignment with the UNCAT.

The suggestions forwarded by the Committee in 2012 did not become a law as the Bill was not passed.

In 2017, the Law Commission had submitted its 273rd Report and an accompanying draft torture law. The Law Commission also recommended Central Government to ratify the UN Treaty against Torture to overcome the difficulties which Indian law enforcement agencies face while extraditing fugitives and criminals from foreign territory.

A petition was also filed in the Supreme Court to legislate a law based on reports of 273rd Law Commission Report. But the Supreme Court dismissed the petition on grounds that the government cannot be compelled to make a law through writ of mandamus as treaty ratification was a political decision and that it was a policy matter.

In 2017, The Prevention of Torture Bill, 2017 was again presented in Rajya Sabha but unfortunately did not become a law. The Bill aimed to provide punishment for torture inflicted by public servants or any person inflicting torture with the consent or acquiescence of any public servant. The tenure of punishment provided in the Bill is from 3 years to ten years.

Also, IPC Section 331 – Voluntarily causing grievous hurt to extort confession or to compel restoration of property – Such persons shall be punished with imprisonment of either description for a term which may extend to 10 years, and shall also be liable to fine.
Illustration – A, a police-officer, tortures Z in order to induce Z to confess that he committed a crime. A is guilty of an offence under this section.

Like!! Really appreciate you sharing this blog post.Really thank you! Keep writing.

Thank you for your appreciation.

You were really precise and clear thank you for sharing insightful topic.