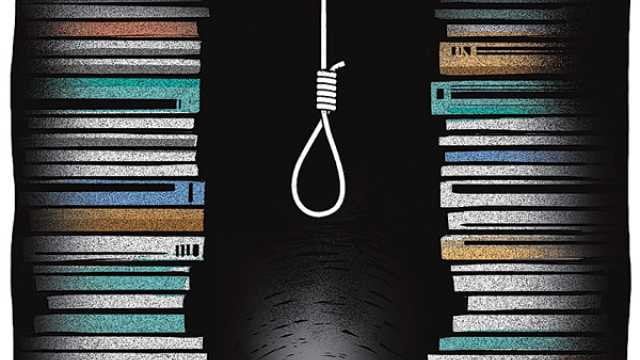 More than a hundred thousand of teenagers who aspire to get into reputed government institutes for engineering and medical studies migrate to Kota, Rajasthan every year. Over the past two decades, the coaching business in the city has emerged as a multi-million-dollar industry. It is built on the graves of many students and thrives on their fears and apprehensions. The competitive environment of the city is so overwhelming that soon, students start facing mental health issues like depression, stress and anxiety. A student commits suicide every hour in the country.[1] Since 2013, 77 students had committed suicide in Kota, as per the records of district administration.[2]

The author conducted a small survey of 114 students. The observations were very disturbing. A significant 16.2% reported that their friends have committed suicide or attempted it. A major 69.2% believe that they have let down their parents’ or society’s expectations by failing any crucial exam or semester and 50% students felt over-pressurized by these expectations.

The main reasons for these are said to be the intense pressure of studies and the fear of failure. Several thousand students compete to get into the institutes with only a handful of seats. The internal tests conducted by these institutes categorize students in batches as per their ranks, creating a constant pressure to try to be in an “upper batch” and not be put in a “lower batch”. Parental expectations often drive children to the edge.[3]

Forced career options imposed upon students further worsen the situation. Many students come from humble economic backgrounds. Lakhs of rupees spent on their coaching by their parents creates additional guilt if they do not perform well in the tests. Moreover, it is not easy for students to adapt to the new environment and form friendships for moral support.

Mental health awareness in the country is still very low. There is a strong stigma attached to those who seek out for help. Consulting the psychiatrists or visiting the counsellors is seen as a thing that the intellectual outcasts would do. Moreover, even if students want to reach out to them, there aren’t enough resources to tackle the magnanimity of the problem.  Students often find themselves lonely, demotivated and so stressed that taking their own lives seems to be the only possible way out.[4]

The district administration had taken a certain set of measures in 2016. The Addl. District Magistrate Sunita Daga had issued a set of guidelines for the institutes. The highlights were as follows:

As a consequence, the suicide rates witnessed a drop of 70% for the next 10 months.[5] The count dropped from 17suicides in 2016 to 7 in 2017. However, the measures were effective for a very short stint of time as 2018 witnessed the loss of 19 young minds.[6] The rising tolls suggest that the measures taken up by the administration have fallen way behind their objectives. The problem of student suicides still stands in front of us, unabated.

Shortcomings in the system:

Reasons for the massive failure of the existing machinery can broadly be categorized under two heads- Inefficiency and Insufficiency.

Firstly, the biggest lacuna in the measures adopted by the District Administration was that the guidelines issued by them were merely suggestive in nature, and not mandatory. Therefore, institutes made the minimum possible efforts on their part. The installation of the aforementioned facilities was a half-hearted attempt. The students were not required to attend the recreational classes mandatorily.

In the midst of the insane pressure, where there is a cut-throat competition amongst students, they naturally chose to dedicate their time to studies instead of these activities. Till today, there is no system of checks placed on the institutes to ensure that they give due importance to the mental health of their students.

Secondly, the policy focused on a very concentrated section and conveniently ignored the rest of the stakeholders, who play an equally crucial role in the bigger picture of affairs. The policy failed to address the following stakeholders:

The Author is of the opinion that the crisis is extremely tragic, although an avoidable one. It can certainly be combated if whole-hearted efforts, involving various legislative and executive machinery are made in this direction. A nation-wide policy needs to be undertaken by the Central Ministry of Human Resources and Development including the following parameters:

Losing brilliant young minds of the country to depression and academic pressure is the most unfortunate way for a nation to lose its youth. The premier government colleges for engineering and medical studies were established to provide such educational facilities to the countries youth which are at par with the rest of the developed world. This investment was intended to yield results in the form of enabled and empowered youth.

The irony of the day is that the desire to get into these very institutes is the reason why our country is losing its most valuable asset. Furthermore, students and their parents are blinded to the futility of the rat-race. The glamorous and dazzling careers of alumni of these premier institutes also lure them into the trap. In the process, the individual talents and interests of each child are ignored.

Each child has a right to live and have a wholesome childhood. Even one child lost due to such reasons is an alarming number and it is high time that an action-call is taken on this issue.

Child Rights, Human Rights
2 days ago
10
0
A Glance at Abortion Law in India from Another Slant